How Does A Milking Machine Work

It is still very common for farmers to hand milk all of their cows, yet if you have a commercial business, you are likely using milking machines (robotic milking UK).

When people first see them, they will think that they are extremely complex, yet the way that they function is very simple. In essence, the machine is like a vacuum, pulling on the teats of the cow, causing the milk to come out.

Here is an overview of how it works: 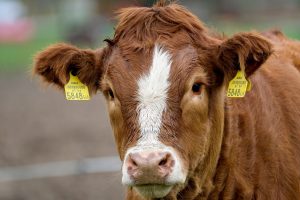 The teats of the cow are going to be attached to the machine. These are called teat cups and they are design with silicone and rubber, all of which is encased within a stainless steel apparatus. The machine is not going to touch the cow except for the liners. This is going to form a very specific seal, and there will be a milk tube that’s connected that will transport the milk subsequently. There is a pulsator valve that is on the liners which is also connected to what is called a vacuum pump. It is this area that is in between the shell in the liner where the pulsation will occur.

It is inside of this pulsation chamber that all of the action will happen, causing the milk to be vacuumed into the machine.

It is a consistent process, leading to the short milk tube being filled. The liner will then open up, equalizing the pressure, and this is what allows the pulsing to occur inside of this apparatus, causing the milk to flow freely.

Once this is started, the pulsations will continue, eventually releasing the milk, exposing the liner to the open air, and the process starts again. It is because the chamber where the pulsations are occurring is going to have higher pressure when compared to the short milk tube, this is going to collapse the liner, tightening its grip on the teats of the cow, creating a massaging like motion. It is also designed to make sure that the blood flow in the teats of the cow is not disrupted.

In most cases, 60 cycles per minute is the speed at which these will operate.

Once the short tubes are attached to the teats of the cow through the teat cups, this is referred to as the claw. This is what enables the milk to flow. The vacuum, in turn, will pull the milk through a column which is a line through which the milk will go.

As it flows, it will enter into what is called the receiving jar. If there is any air remaining, it’s going to be released. The milk from the cows, as well as any of the cows attached to the systems, will then be mixed in.

The jars will eventually fill up, and once the pump starts operating, it’s going to push all of this into what is called a bulk tank where it will maintain a certain temperature through refrigeration.

As the cow udders become empty, the machine will shut off. There are also meters that can detect when the flow of milk is slowing down which can help automate this process.
Additionally, the teat cups are going to detach.

Once this process is over, iodine is used to reduce the probability of infection which can be caused by contaminated milk going back to the teats via the pulsator through the teat cup.
This will lead to subsequently cleaning the machine so it can be used again.

If this is a smaller business, they may only produce a single bucket instead of an entire receiving jar. The system, in most cases, is placed on top of the bucket so the pulsator can do its job. Once the milking is over, the apparatus is removed, taken directly from the bucket, and the container of farm fresh milk will be all that remains.

There are different systems out there that produce the same results, all of which must be cleaned. Whether the system is simple such as those that use a flush system or a bucket, the solutions flushed via the vacuum through the machines is one way this can be done. Searching, on the other hand, incorporates plunging periodically, withdrawing what are called clusters from the bucket and this is done so that good cleaning practices can be accomplished.