The largest city in New Zealand, Auckland is the lord and master of the country’s Northern Island. 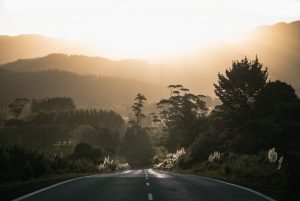 While people tend to think of The Lord of the Rings backdrop when thinking of New Zealand with bucolic countryside and rolling hills, Auckland is far more metropolitan. A visit to this city incorporates various activities, such as watching the rugby icons, the All Blacks, at Eden Park, taking the ferry to Waiheke Island to visit wineries, or enjoying some fine dining at the chic eateries along the Viaduct Basin.

Costa Rica’s size makes it one of the perfect holiday destinations when you are looking for some December sun and relaxation. The cloud forests, colourful towns and beaches help it embody the ‘pura vida’ lifestyle allowing you to live the good life. If you want to do more than lie on a beach and soak up the sun, why not head to the national parks, enjoy some canopy walks and explore the diverse ecosystems?

Spain is one of the most beautiful destinations to visit if you’re looking for a haven of summer when the rest of Europe is covered in snow, wind and rain. The temperatures hover around 25 degrees Centigrade, but they are cooled by sea breezes so you won’t become too hot. While you can spend your time down on the white-sand beaches of Costa Blanca, you could also consider soaking up the sun on a booze cruise in Benidorm, along Spain’s southern edge including Costa del Sol, Costa de la Lux and Costa de Almeira. Up north, however, you will find Catalonia where there are more rugged destinations in the Costa Dorada and Costa Brava.

South Africa may seem a far distance to go for some December sun, but Cape Town is worth the travel – and it earns brownie points for being within the same time zone to the United Kingdom. Refusing to drop below 20 degrees Centigrade during the winter months in Europe, you can enjoy Cape Town’s beauty in a wonderful climate. Well-known for the iconic Table Mountain landscape, you should also consider viewing the Cape Peninsula including the beaches of Camps Bay, and the beach towns like Fish Hoek and Muizenberg.

You would imagine the United States to be filled with snow and blizzards during December, but that’s not always the case! In Florida, Santa Claus steered his sleigh slightly higher than the zero degrees temperature; in fact, Orlando rarely sees a December below 20 degrees Centigrade. Most well-known for their theme parks, it is recommended that you take the chance to view Disney World, Universal Orlando, and enjoy the merriment of talking mice, boy wizards and repentant Scrooges.

Another destination down in the Southern Hemisphere; in fact, this is ‘down under’ as you can explore the capital of Western Australia while Europe shivers from biting cold winds. With a perfect 25 degrees Centigrade at all times with ten hours of light in November, Perth can be a wonderful city to relax in the afternoons along Scarborough Beach or Cottesloe Beach. Of course, you need to remember that Australia has an active community and Perth is well-known for surfing, so get out those surfboards for some fun in the sun. You should also beware; some Decembers have a heat wave of temperatures in the high twenties before settling back to their normal temperature – don’t forget your sunblock!

Jamaica is the third largest island in the Caribbean and has been a firm favourite for British tourist for several years. The resort areas of Ocho Rios and Montego Bay are popular resort destinations along Jamaica’s north coast, while Negril is in the west beginning at the Seven Mile Beach. As with the majority of the Caribbean Islands, the temperatures hover around the high twenties during the summer months before the hurricane season from June to November.